Christopher Ho is an up and coming local culinary talent with an innovative mind for creating food based on his life experiences and food culture of Hong Kong. As a young and highly accomplished home chef, Christopher’s creations are influenced by both Chinese and Western cultures as he incorporates local flavours and concepts into playful Western dishes that pay tribute to Hong Kong.
Christopher is also a social media influencer and runs the Instagram account (@ho_la_ho_sik) where he shares his creations and the chefs and restaurants that have inspired him during his travels.
He has worked with numerous world-renowned chefs, including Eric Räty from the 2-Michelin-star Arbor in Hong Kong, Eelke Plasmeijer from Locavore (Asia’s 50 Best Restaurants 2016-2019), and Ben Spalding (previously from The Fat Duck and The Ledbury), as well as hosting various restaurant pop-ups across Hong Kong including the aforementioned 2-Michelin-star Arbor, socialite hot-spot Sevva and the award-winning Test Kitchen. Harnessing his thirst for knowledge and mastery of the culinary arts, Christopher is the type of chef whose immense talents have earned a chance to shine on the grandest of culinary stages.

Chef Jon Chong began his culinary journey in 2011 when he was a student in University of Edinburgh. He was given the opportunity by local Michelin-starred chef Dominic Jack at Castle Terrace, to work as a part-time commis outside of his University hours, where he honed his basic craftmanship for Classic French Cuisine. He enrolled himself into Le Cordon Bleu London to further his culinary studies and completed a Diploma of Culinary Management.
After graduating from University, he started his career interning as a Stagiaire for various world-class Chefs, including Ivan Li from the 2-Michelin-star Family Li Imperial Cuisine in Beijing, Yoshihiro Narisawa from the 2-Michelin-star Narisawa in Tokyo, Elena Arzak from the 3-Michelin-star Arzak in San Sebastian, and Heston Blumenthal from the 3-Michelin-star Fat Duck in Bray.
In 2016, Jon's talent was recognized by the World-class Chef Brett Graham who took him into The Ledbury in London, a 2 Michelin-star, ranked no.10 in the World's 50 Best restaurant, where he held the position as Chef-de-Partie. In 2018, Jon went on to join the 2 Michelin-star La Gavroche in London, working under the legendary Chef Michel Roux, jr. The following year he did another stint for renowned Chef Alex Dilling, at the 2 Michelin-star Greenhouse in London.
Jon is now based in Hong Kong, ready to make a mark in his hometown with his expertise and passion.

Irene Cheng graduated from the University of Hong Kong with a major in food and nutritional science. She has been a nutritionist for over 14 years. She is currently the Senior Nutritionist and Operation Manager of Global Wellness, a natural and organic health store that offers top grade WholeFood Supplements and Organic Skin Care products. In addition, Irene has provided nutrition and health related seminars to charities in the past and helped those in need to meet their nutrition goals and overhaul their lifestyles. Over the years, she has been asked to speak at events with the goal of promoting nutrition and health knowledge to the public.
Irene has a very balanced and natural approach to nutrition. She does not believe in “quick fixes” and believes that eating nourishing and healthy food and using supplements to fill the nutritional gaps and deficiencies during different phases, is key to women's health. She is a busy working woman herself so she empathises with the dozens of other women who are overwhelmed by the abundance of nutrition information but lack time to figure out the right nutritional intake.
Irene has been a trusted and valued advisor to Mum in Moon's meal plan and modern approach to nutrition. In particular, for each of our meal plan, she has recommended different supplements to fit the specific recovery purpose and body need of our customers. 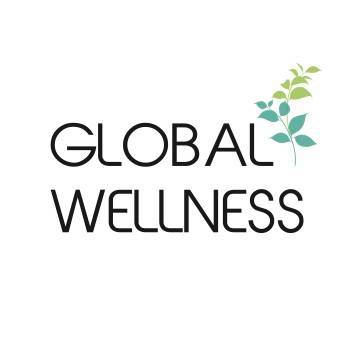 Cooked and delivered to your home